What Are The Benefits of Freshly Laid Mulch?

Mulch is a material that is spread or laid over the surface of the soil. It can be organic or synthetic and helps improve the soil’s structure, drainage, and nutrient-holding capacity. Organic mulches help to break down and add nutrients back into the soil as they decompose while synthetic mulches can help reduce water evaporation from the soil and suppresses weeds growth. 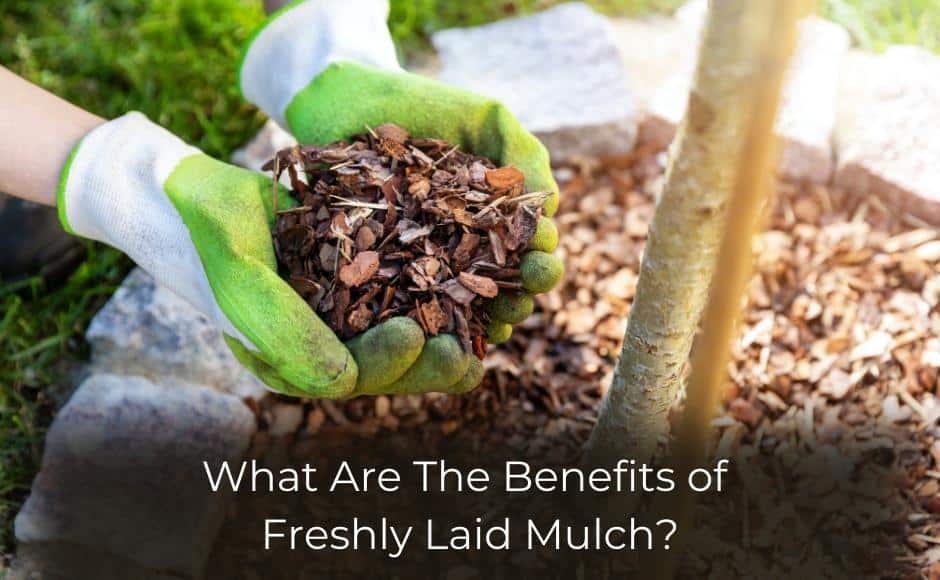 Top Types And Benefits Of Mulching

Mulching is the process of adding a layer of mulch material to the top of the soil. This can be done for a variety of reasons, including improving soil organisms’ fertility, protecting plants from the sun and wind, keeping weeds at bay, reducing watering needs, and slowing climate change. Freshly laid mulch is not only beneficial for your garden, but also for your lawn. Mulching will prevent grass clippings from being blown around by the wind and getting into unwanted areas of your yard. It also covers the soil helps in raised beds.

Mulching also helps to insulate the soil and keep it cool in summer and warm in winter. There are many different types of mulch, each with its own set of benefits. Some common types include organic mulches (e.g., compost, bark chips), inorganic mulches (e.g., stones, gravel), and living mulches break (e.g., grasses, herbs).

Organic mulch is an organic material that is spread over the surface of the soil to help improve the appearance of the landscape fabric, retain moisture, and suppress weeds seeds. There are many different types of organic matter mulch available on the market, but hardwood bark mulch is one of the most popular. This type of mulch is made up of large nuggets of bark that have been chipped or shredded into smaller pieces. While hardwood bark mulch does have some benefits, it also has some drawbacks. For example, it can attract termites and other pests since it forms a barrier over the moist soil. Additionally, we should note that hardwood bark mulch and many other types of wood mulch on this list can be a fire hazard.

Reduces the need to water your plants. If you have ever planted a garden in sandy soil, you know that it is difficult to keep the soil moist enough for plant roots growth. This problem is made worse in areas that have long, hot summers. Hardwood bark mulch helps to reduce the need for watering since it is an excellent moisture barrier.

Displays a lovely brown color during the fall season. Many people like to use hardwood bark mulch because it creates a lovely color display in the fall as the leaves of deciduous trees change colors. This is one of the benefits of hardwood mulch that many people enjoy. 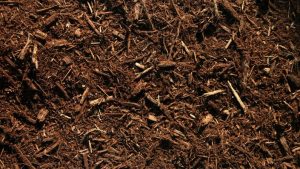 Shredded hardwood is a type of mulch that is made from the wood of trees. It is often used to cover simple gardens or vegetable gardens and landscapes in order to protect plants, improve soil structure quality, and add aesthetic value. Compared to other types of mulch, shredded hardwood has several advantages:

Pine bark mulch is a type of organic mulch that is made from pine tree bark. It is a lightweight mulch, meaning it is easy to apply, and it is less expensive than many other types of organic mulches. It also decomposes quickly, but this can be seen as a positive because it means the nutrients are released into the soil more quickly. Pine bark mulch is good for plants that thrive in acidic environments. 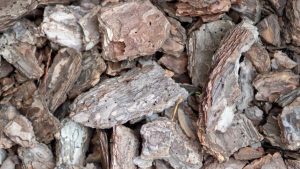 Pine bark mulch is a great, affordable option for organic mulching. It’s easy to apply- you just need to spread it around your plants and let it sink in. It will last for several months, feeding your plants and keeping the soil healthy. Pine bark mulch is especially good for acid-loving plants, but it doesn’t look as nice as some of the other organic mulches available. It can also be tricky to keep in place on steep slopes and it might float away in a rainstorm.

Cedar mulch is made up of reddish-brown pieces of wood from cedar trees. It has a few major benefits, the two most notable being its aesthetic appeal and its ability to repel pests. Cedar mulch is also great at repelling harmful pests, such as termites. One downside to cedar mulch is that it doesn’t add many nutrients to the soil during decomposition. Additionally, while it does have a nice appearance and smell when first applied, both wear off relatively quickly. In fact, the wood loses its attractiveness long before it decomposes. Plus, cedar mulch tends to be on the pricier side. 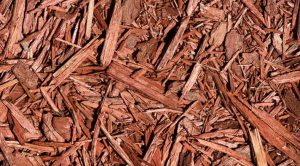 Cedar Mulch is an effective pest repellant because it contains aromatic oils that deter insects. It is also a decorative addition to garden beds and can be used to cover up ugly patches of earth. However, it is expensive and quickly loses its appeal. Cedar mulch will not add nutrients to the soil during decomposition, making it more valuable in the short term than in the long term.

Red-colored mulch is made from hardwood that has been dyed red to give it a striking appearance. It is typically composed of wood that has been chopped up, but can also include other types of wood, including chipped-up wood furniture or pallets. One of the biggest problems with red-colored mulch is the inconsistent quality of the mulch itself. For the most part, the mulch is made from natural hardwood. However, some mulch companies can slip in pieces of demolished decks and old pallets. These unnatural pieces can add harmful things like arsenic to the soil. Another downside to using red-colored mulch is that it costs more than other types of organic mulch.

Undyed mulch is a great way to keep your landscape looking natural. However, red-colored mulch has several benefits that make it a popular choice for many homeowners. The most obvious benefit is the attractive color it provides. The deep red hue is a beautiful contrast to the green of nature and tends to stay vibrant longer than undyed mulches. Additionally, red-colored mulch helps retain moisture in the soil, preventing plants from drying out quickly.

Red-colored mulch is a great way to add some color to your backyard and can be very attractive when paired with the natural green of plants and trees’ trunks. However, there are also some disadvantages to using red-colored mulch. One such downside is that the dye used to make red-colored mulch can be harmful to the environment as it decomposes. Additionally, because of inconsistencies in its manufacturing, red-colored mulch can often include pieces of demolished decks or old pallets, which can be a nuisance.

Whole Tree Chips are made from the entire tree, including the bark. Large pieces of wood have a longer lifespan than other organic mulches and are less expensive.

Whole Tree Chips offer a variety of benefits that other organic mulches do not. They are larger chunks of wood from the entire tree, not just the bark, which means they have a longer lifespan and are less expensive.