Need 5 star rated Gardeners in Casula? All Green Gardening and Landscaping is one stop for all your gardening and landscaping needs. We provide services ranging from mulching, weeding, garden maintenance, turfing to rubbish removal. With our five star rated services in your local area, we stand as one of the best gardening contractors near you.

We can provide a written, no-obligation quote upfront, so you know what your costs for gardening services in Casula will be in advance before any work commences. Before we can estimate the price for a garden, we typically need to see it. This will give us a chance to assess the size and current state of the garden, and discuss with you what you need, offer our advice and suggestions, and provide you with a gardening service price to meet your budget and needs. 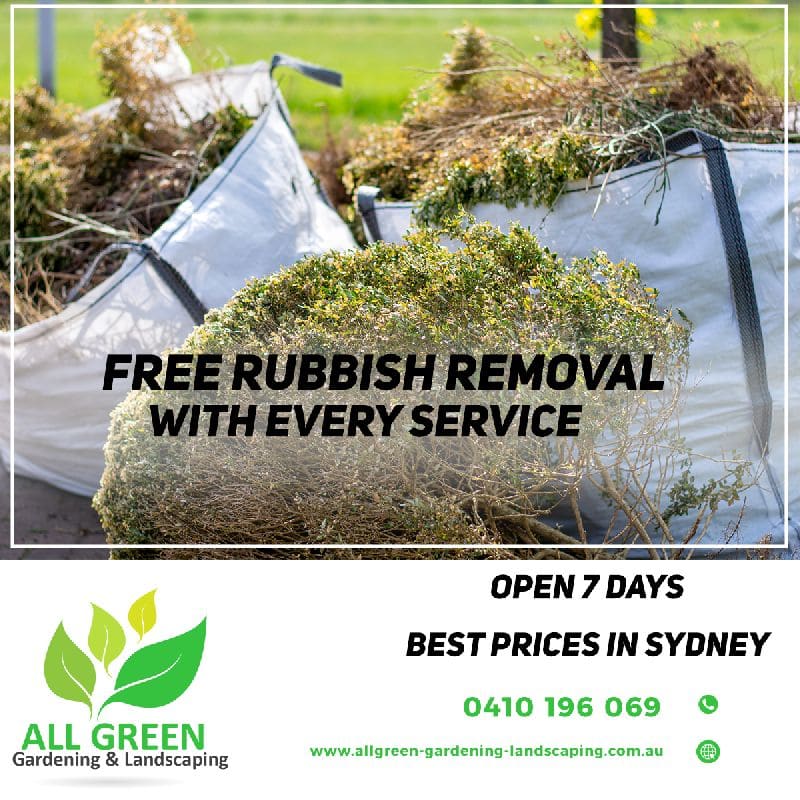 Whether you need a little help deciding or your garden has gone rogue and you don’t know where to start, we’ll come to the rescue with a plan of action. We’ll let you know what we think your garden needs, and you can decide what to include and what to leave out. Our team will then discuss the work with you, quote you a price, and get started if you agree. We don’t charge a call-out fee and you won’t pay a cent until you’re happy with our work! You are only charged for time worked and we don’t pad the time out to meet the quote. You only pay for what you’ve asked us to do, and for how long we take to do it, but not more than we’ve quoted unless you agree.

Our fully trained Casula team can advise on all elements of garden care. Ask them about seasonal soil ph level testing and soil composition, plant selection, placement, fertilizing and mulching, which lawns work best where and why, how to promote strong root systems in different plants, how to avoid damaging plants and flowers when fertilizing, to which wetting agents and watering systems to install. Your All Green Gardening and Landscaping team know these things, and to call on if they need a second opinion or some extra assistance to get the job done, so your garden is always in good hands.

Hours of dedication and care create beautiful and flourishing gardens. Regular maintenance is absolutely essential to maintain that perfect look. From mowing and weeding to fertilizing and improving the soil, you have to tend to the garden to get the best results. This is a significant problem for most homeowners today. They would love a beautifully manicured lawn and garden but lack the time to grow or maintain them. Keep an eye out on our Facebook page for all new Specials and deals.

With decades of experience between us, the garden care Casula team understand the industry. Whether it’s designing a kick-ass garden or going into battle against an army of pests, All Green Gardening and Landscaping will do it with a smile. We’re experienced in landscape garden design, soil and plant health, weed control, pruning, and lawn care, so you can rest assured we’ll take care of your garden.

We have years of experience and are trusted by countless clients to provide our services to them year after year. Call us today or use the contact us page to let us know how we can help you with any aspect of garden care Casula.

Maintaining a beautiful garden is not an easy task. It is a process, which requires regular upkeep, effort, and a lot of free time that not everyone has. Every garden is unique, so we provide bespoke gardening services. We value your garden’s natural assets, which is why we are not overpricing our services. All of the technicians we work with are fully equipped with the right tools and machines to complete the job. They also wear overshoes and covers to keep your property clean if they have to access the garden through your house.

The All Green Gardening and Landscaping professional gardeners will arrive fully prepared to provide the service. There are a number of tools available, including lawnmowers, spades, hedge trimmers, whipper snippers, shovels, trowels, and much more. Keeping your lawn neat and tidy is only one part of the whole job. In order to have the perfect green paradise, you will have to take care of the rest of your garden, as well. This is why we highly recommend full garden treatment.

Thousands of successful jobs and happy customers attest to the quality of our work. Your needs are the number one priority for us. This is why our experts will consult with you at every step of the way, if it’s needed, to ensure everything is done according to your preferences. All tools and gardening supplies are included in the final price.